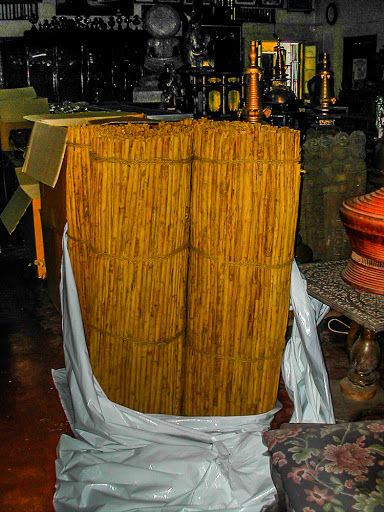 There's another interesting distinction. For me. Cinnamomum cassia makes me ill. Cinnamomum verum does not. And, since I can't tell by looking at the powder whether the cinnamon is actually cinnamon or if it's cassia masquerading as cinnamon, I've been buying my cinnamon, true Ceylon cinnamon, in Sri Lanka and bringing it back to Singapore with me.

Here we have a photograph of a large quiver of cinnamon (not cassia, but true Ceylon cinnamon) standing about three feet or so high. This was in a building on the grounds of a Buddhist temple in Colombo, Sri Lanka.