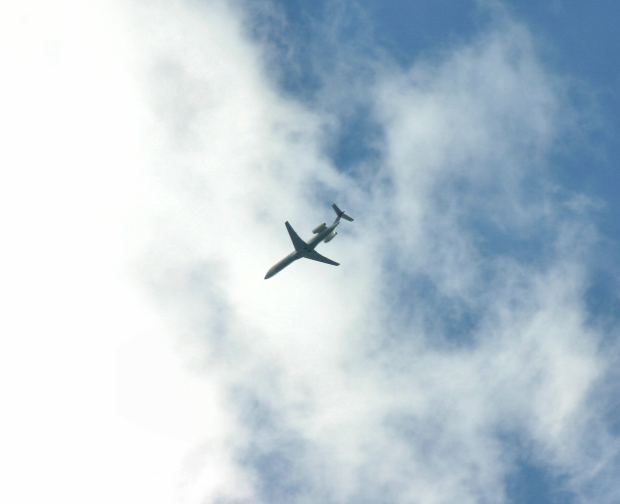 Image courtesy of the Morgue File.

My flight is scheduled to leave at 2:55am. Cathay Pacific from Vancouver to Hong Kong, arriving at 7:10am, then flying again from Hong Kong to Colombo, Sri Lanka from 6:35pm, arriving at 11:45pm.

It all makes for a long day.

At one point, I calculated how long I'd be in transit, and it was something along the lines of 35 hours, but honestly, I don't know how accurate it was – the change in time zones and crossing the international date line can, oh, confuse me.

The cats, on the other hand, what with having to get to cargo even earlier, and the paperwork at the tail end, are bound to be separated from me for more than 40 hours. Ouch. I just hope that they will be watered like I've been told they would.

Abe and I get back to the airport after midnight and check the Cathay Pacific counters, and they're manned, and lots of little Asian people are surrounding the counters – behind, in front, to the side. I'm the only non-Asian person in sight. Everyone else looks about fourteen, cute, and skinny skinny skinny. I feel old and fat.

It's my turn, and at the counter, I explain the situation to the lady at the counter, hand her my passport, and two minutes later, she's back with tickets in hand. I'm relieved. All that's left now is to pass through security, board the plane, and . . .

Abe gives me a hug goodbye, and I don't really feel like crying yet. I know that when I start, it's going to be a flood. We say goodbye, both knowing full well it's going to be a long time before I see him, Jane, or anyone else again. My grandmother – she's 86, and I may not be back in Canada before she dies. My week in Chilliwack could be the last time I see her.

I've been so focused on packing – both for the flight and to move to Sri Lanka, and selling off everything I can, and otherwise getting ready to abandon my life in Canada. I've been so focused to the exclusion of everything else. I know I'm going to miss everyone, but I haven't allowed myself to really grieve over it. I've put my emotions on hold – I can't deal with the emotions of leaving behind everything I've known my entire life and get ready for a completely different life at the same time.

Abe leaves, I pass through security, and I still have a couple of hours before the flight. I call Fahim, and we talk. I feel better, more relaxed. It's way past my bedtime and I'm soooo tired.

Finally we board, and I have seat 64K – a window seat on the second to last row. Because it was so far to the back of the plane, there were only two seats in my row, which meant I could stow my laptop bag beside me, not where my feet normally go, so I had a tonne of leg room. The plane leaves only a half hour or so late – connecting flight from New York was late arriving.

My seat mate was a young female student – from China, studying journalism in Regina, Saskatchewan of all places. Why there, I ask. Because it was a lot cheaper, she says. What does she think of Saskatchewan? It's cold, it's flat, and there's nothing to do, she says. I'm not surprised. She's a really nice girl, but then everyone I've met so far has been very nice and very polite.

I sleep most of the flight in one hour or so stretches, waking long enough to take another no-jet lag tablet and pee. Of course there are the meals, and what can I say? Airplane food has received such a bad rap over the years, but Cathay Pacific's been far better than what I've experienced in the past. The flight itself is uneventful, just like I like it.

But again, this is where I get confused. I've decided to cut off this blog as I cross the International Date Line – somewhere sort of half way between Vancouver and Hong Kong. So only half of the previous paragraph belongs on this date, the rest on the next.

I actually only got about nine hours of the thirteenth before it was abruptly cut off by crossing the line. I feel ripped off. Where's the rest of my day? 🙂